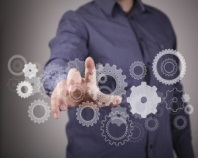 While developing data oriented web applications you could have faced one repeated issue, which is writing CRUD related code for almost all the entities in your application. Apart from writing your business logic, developers would spend a considerable amount of time and effort in writing all the repeated mundane code again and again. Some of the biggest problems are, losing valuable time of your developer writing same repeated code, which will result in longer development time, difficulties in following Coding Standards etc.

Cello framework provides Code generator, a tool to help the developers to create the CRUD related code based on the entities using Visual Studio. The code generator is one of a module in the Cello Package with tool kits and designer. As soon as you create a new solution out of Cello template using Visual Studio, the code generator will also be created as one of a project in the solution. But please bear in mind that Cello is not a Rapid application Development tool rather it is a framework which comes with all the Non functional requirements pre-built and helps your developers to build any SaaS or enterprise application faster and smarter from the day one.

The Code Generator utility is a visual studio extension and based on text templates. The Cello Code generator has two parts namely

Using the Modal based Code Designer the developer would place the tools in a certain order and provide the properties such as Connection string, name of the Classes and interfaces etc., and then click on Transform Templates. It will create all the necessary CRUD code by reading the table structure and properties from the database. Once you have the source code in place you can change, re-order or customize as per your requirement, so you have the full control over the code that is emitted by the code generator. It generates all the CRUD related code as per Cello standards and best practices.

It can generate code for a single entity or multiple entities at the same time. The Code Generator emits code for all the layers of the application such as

Since it is a Text Template based Code Generator, the developer can change the underlying Code, commenting Style etc. as per their organizational style and structure. After having the CRUD Code out of Code generator, you can mount additional methods and functionalities on top it.

With Code Generator, developers will not only benefit from the increased productivity, they could actually concentrate more on the core business, data modelling, user experience and workflow of the application.